It’s that time of year again. With about 35 days until the season starts, it’s time to start ranking players. Sports Illustrated has started their Top 100 list. ESPN has followed suit. But ranking 100 players is just too much for me. Especially, since I mainly just focus on one team.

I’ve decided to do an Oklahoma City Thunder players ranking based on the 20 or so players that are currently involved with the franchise. This first installment will look at players ranked 16-20. These will likely be a combination of training camp invitees, 2-way players, and/or under-performing veterans.

Technically, the Thunder still have one more spot available for their 20 man training camp roster. There are still plenty of unsigned free agents looking for a chance to make a roster. For every run of the mill training camp invite that ends up getting cut, you sometimes ends up with a player like Lance Thomas that works on his game and takes advantage of the training camp opportunity to earn a roster spot. 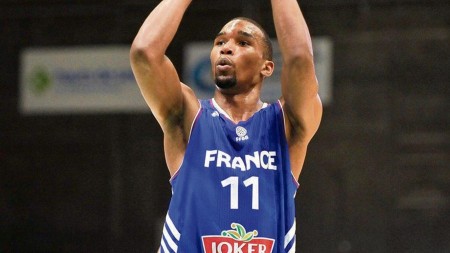 The 24-year old big man from France was a member of the Thunder’s 2017 summer league team. In 5 games, he averaged 2.2 points, 4 rebounds, and 0.8 blocks in 13.5 minutes of play. He showed flashes as a rim runner/rim protector.

The previous season, Morin played for STB Le Havre of the Pro B division in France’s version of the NBA. In 34 games, he averaged 6.8 points and 7.4 rebounds. 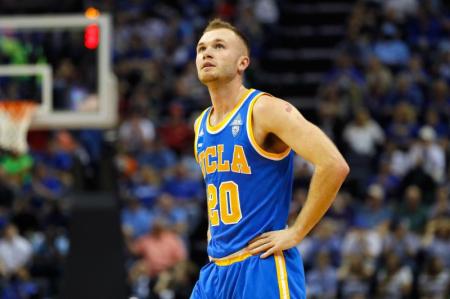 The 6’3 guard out of UCLA played on the Golden State Warriors’ summer league team in Las Vegas this summer. Alford has the stature of a point guard, but plays more like a shooting guard. His strength is off the ball as a floor spacer. Luckily for him, that is a need many NBA teams (including the Thunder) have.

Although he does an adequate enough job of being a playmaker/floor general, Alford struggles immensely on defensive side of the ball. Alford will likely be in a battle with Semaj Christon for third string point guard duties. With the acquisitions of quality shooters like Paul George and Patrick Patterson, the Thunder may choose to go the defensive route with Christon, instead of with the floor-spacing abilities of Alford.

Daniel Hamilton has always been a bit of an enigma to me. He’s like a positionless perimeter player. Can he play point guard? Is he a shooting guard? Is he too small to play small forward? Here’s what we do know about Hamilton so far: he’s good at a lot of things, but not great at any one particular thing.

The Thunder signed Hamilton to a 2-way contract this offseason. It will be interesting to see how the Thunder use the ability to toggle Hamilton between the the active roster and the Blue. On the one hand, he still needs some development. But on the other, he could serve as a secondary ball-handler on some bench line-ups.

Salary has a lot to do with expectation. Sometimes I think Singler gets a bad rap, not necessarily for the amount of his salary, but more for the years he has left on it. The Thunder gave Singler a 5-year contract (albeit with the final year being a team option). Five years! The Thunder never commit to a role player for that length of time. Why did they do it with him?

Singler was brought in to do two things: play respectable enough defense and stretch the floor. He has done neither well enough to even warrant being on the active roster. Near the end of last season, Singler was dressing in a suit more than he was dressing in his uniform. And that’s how it should be this season. On this ranking, Singler doesn’t even make the 15-man roster. And if this rhetorical situation would’ve been a reality, I wouldn’t even sign him to a 2-way contract, even if he was eligible.