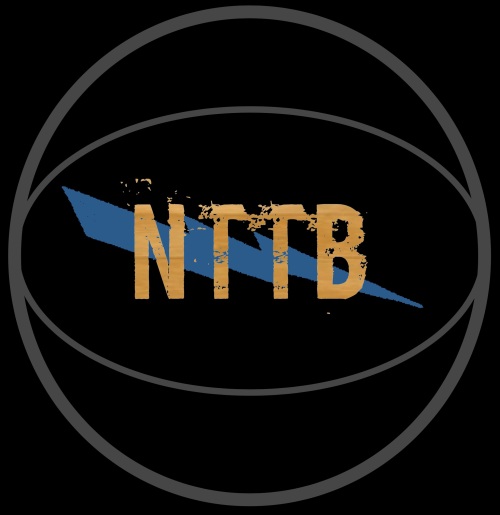 The craze nowadays is to accumulate a big 3. Get three superstar-level players, and the rest will work itself out. But, on all of those teams, there was a fourth player that was usually the glue between the superstars. For the Boston Big 3, Rajon Rondo served as the glue between Ray Allen, Paul Pierce, and Kevin Garnett. For Miami, it was Udonis Haslem, Mario Chalmers, and Shane Battier alternating as the fourth guy during different seasons. And most recently, Klay Thompson has been that guy for the Golden State Warriors. Have a strong no. 4 guy and your team is destined for great things. 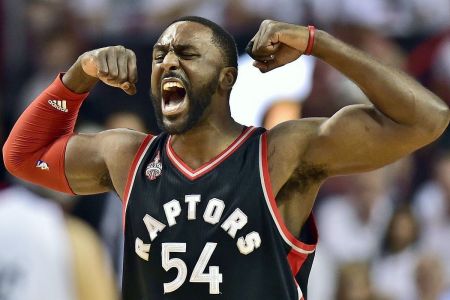 Enter Gibson, who was acquired by the team in a trade deadline deal from Chicago. Gibson was a hard-nosed veteran who fit the Thunder’s personality to a tee. He was defensive-minded and had a high basketball IQ. Unfortunately, he could only space the floor out to about 15 feet, and when he was on the floor with Steven Adams, the paint probably looked like the interior of a submarine to Russell Westbrook. In other words, for as much as the Thunder liked Gibson, his fit was not optimal for the team.

Patterson, on the other hand, checks off all the criteria to be a power forward for the Thunder. He hit threes at a 37% clip last season. He’s a good defender with the ability to switch onto guards on the perimeter. And he has a high basketball IQ, usually making the right play. With Westbrook and Paul George taking a lot of the defense’s attention, there should be ample opportunities for Patterson to get open looks from three, especially from the right corner where he shot 54.1% last season. When you factor in Patterson’s likely ability to play small-ball 5, you have the makings of a death line-up that may be able to keep up with the top death line-ups in the league. 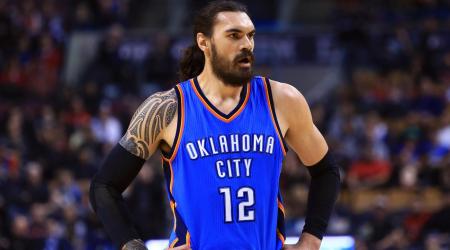 According to all expectations, last season was a disappointing year for Steven Adams. Instead of taking the vaunted 3rd year leap, Adams regressed. Or so it seemed. I don’t chide Adams for not living up to the public’s lofty expectations of him. His expectations were based on him being on the floor with Westbrook AND Kevin Durant. When Durant decided to take his ball and go to Oakland, the entire paradigm of Adams’ development shifted. No longer was he just a complimentary piece. Now, he was expected to contribute in ways he never had.

He was expected to be the sole defensive anchor in the post. Last season, between Durant and Serge Ibaka, there was at least 14 extra feet of wingspan in that front court. In addition, he was expected to be a contributor on the offensive end, especially in post-up situations. In essence, Adams had to relearn his role on the fly. Compounding that was the fact every time Adams touched the ball, there were at least three defender around him. To someone who is learning a new role, that can definitely stunt their developmental growth.

This season, though, could be the year where Adams puts both roles together. The additions of Paul George and Patterson will allow Adams to play the role he was more comfortable with two seasons ago. In addition, the paint should be a lot clearer of human bodies with more spacing on the floor. This will allow Adams and Westbrook to go back to being one of the best alley-oop duos in the league. The baptism by fire Adams experienced last season could serve him well if he gets in one on one situations in the post. Best case scenario, Adams starts to put it all together and becomes a fringe All-Star. Worst case scenario, he looks like he did last season. Neither scenario is detrimental to a team that has a lot more firepower this season than it did last season.