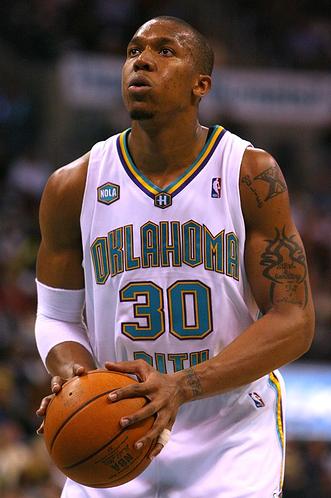 West will likely be remembered for his time with the Indiana Pacers or the Golden State Warriors. But it’s where he started his career that has the most impact for Oklahomans. While Chris Paul was Oklahoma City’s first superstar, West was OKC’s first cult hero. Take the first eight seasons of Russell Westbrook (the ultimate sidekick) and merge those with the no-nonsense play of Nick Collison, and you had David West to a tee.  END_OF_DOCUMENT_TOKEN_TO_BE_REPLACED 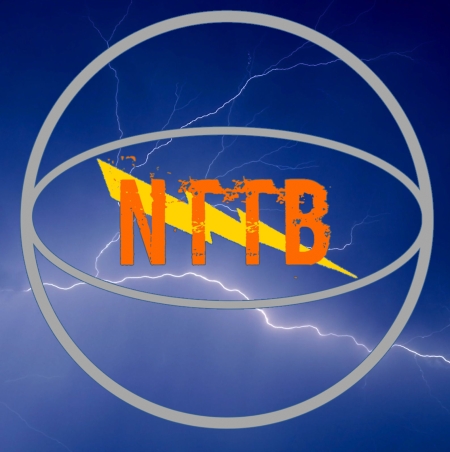 On Episode 21 of the NTTB podcast,we discuss the following topics: 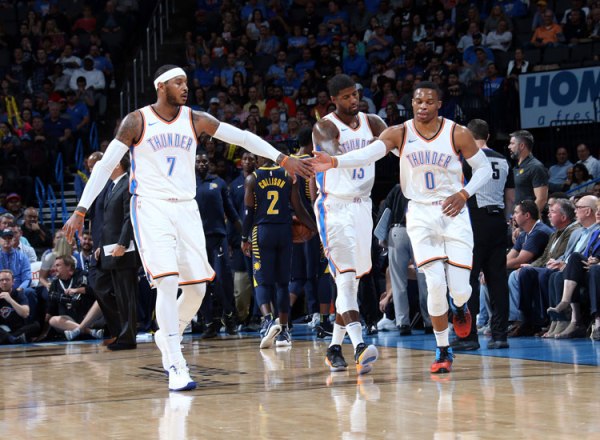 It’s going to take some time. We can look back at all the other recent iterations of super teams and see that there were adjustment periods for all of them. Some of those teams adjusted quickly, like the Warriors of last year and the Celtics of 2007-08. Others took at least a season to find themselves, like the 2010-11 Miami Heat. But they all eventually found success. END_OF_DOCUMENT_TOKEN_TO_BE_REPLACED 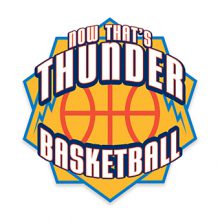 Great win last night. Sure wish Oladipo could have consistently played like that for the Thunder last season.

Jeremy Lambert (Thunderous Intentions) would like to remind you the sky is not falling in regards to the Thunder: “We’re one week into the NBA season and the OKC Thunder sit at 2-2. Not a bad record, but given the firepower on the squad, most fans probably hoped for better. And it could be 3-1 if not for an Andrew Wiggins buzzer beater, so the sky isn’t exactly falling. That’s the theme for this column: the sky is not falling. Neither is Paul George’s shot, Russell Westbrook’s free throws or Andre Roberson’s anything.”

Royce Young (ESPN) on Paul George’s struggles against his former team: “George then fouled out with 6:15 left in the fourth, with only 10 points on 4 of 8 shooting in 19 minutes. “That hasn’t happened often in my career,” George said of winning the game despite his struggles. “Fortunate to have those guys carry me. They knew how big this game was for me, and they went out and got it for me.”

The Thunder opened up a new basketball court in Calumet.  END_OF_DOCUMENT_TOKEN_TO_BE_REPLACED 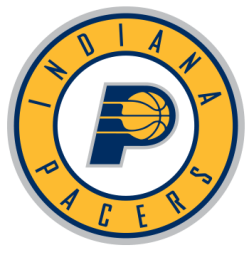 I’ve never been a huge fan of moral victories. It feels like a gateway to developing a losing mentality. The great, “Oh, we lost, but…” A team says that enough times and failure becomes an acceptable habit. “Missed it by this much” becomes the norm.

Sunday’s loss felt different, though. Yes, it was definitely a moral victory, which means it was a loss. But it felt like the team discovered something about itself in that fourth quarter (almost) comeback. Russell Westbrook, who has had to adjust on the fly to having two scoring wings next to him, reverted back to what felt natural to him. And it worked. Shots fell. The team got stops. And what started as a 13-point deficit heading into the quarter turned into a one point lead with 5 seconds left. Of course, we all know what transpired after that as Andrew Wiggins and the three referees made sure Minnesota came out of that game with a victory (shouts out to you, Last 2-Minutes report).  END_OF_DOCUMENT_TOKEN_TO_BE_REPLACED

Kyle Wagner (FiveThirtyEight) on the Thunder’s sudden inability to rebound: “However, the George and Anthony moves do seem to have had an effect on another piece of the team’s core identity: For the first time in a decade, the Thunder are struggling to rebound. The Thunder have grabbed just 47.5 percent of available rebounds in their first three games — about 6 percentage points lower than last year and 24th in the league. As a team, the Thunder haven’t finished outside the top 10 since they moved to Oklahoma City.”

When the robots finally attack, they can point its genesis to the Chesapeake Energy Arena.

Clifton Brown (Indy Star) on Paul George facing his old team for the first time: “There was no way to reconcile those conflicting emotions, as George prepared to play his first game against the Pacers on Wednesday night at Chesapeake Energy Arena. George was smiling and had the aura of a man at peace after Tuesday’s practice at the Oklahoma City Thunder’s practice facility. But George admitted that the timing of his departure from the Pacers was awkward and that if he could do it again, he would have handled some things differently.” END_OF_DOCUMENT_TOKEN_TO_BE_REPLACED 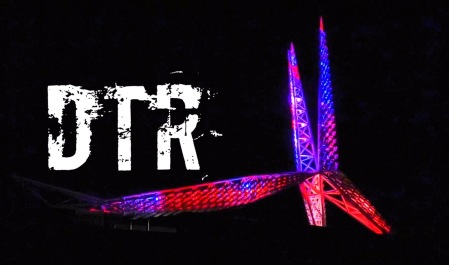 Russell Westbrook was on the Jimmy Fallon Show last night and it was awesome.

A chronology of Paul George’s recent history with the Pacers that led him to this point. I don’t think Thunder fans will like the end of the timeline, though.

Lottery reform is on the agenda again, and the Thunder have a history of pushing back against any proposed lottery reform: “In 2014, Presti lobbied against lottery reform which would have given all 30 teams an equal chance at the first pick, citing how such a system could hurt organizations in small markets. ESPN’s Zach Lowe reported at the time that NBA owners voted 17-13 in favor of lottery reform then. The league needed 23 “yes” votes to pass the rule. The Thunder voted, no.”

Enes Kanter holding a camp for kids in Oklahoma City.

It’s from about 6 months ago, but this is an interesting read from training camp invitee Bryce Alford on the Player’s Tribune: “After almost four years here at UCLA, I like to think I haven’t let the haters bother me too much — I like to think that I’ve never cracked. There was one time, though. It was in a game my sophomore season. I can’t remember who we were playing, but we won. And — the strangest thing about it — I played fine, if not pretty well. At least I thought so. But as I was walking off the court, I heard a voice behind me.”

Thank you for reading. Here are the Rumblings…

Paul George talks about his return to Indianapolis: “After repeated first-round playoff exits, George, 27, faced a contract year with idle 42-40 Indiana, and clarified his desire to chase victories elsewhere. And though much hearsay exists concerning where the four-time All Star may land next season, for now, George and reigning-MVP teammate Russell Westbrook look to ascend the Western Conference rankings.”

Enes Kanter reunited with Kevin Durant in a pick-up game in New York City: “Enes Kanter and Kevin Durant … playing pickup basketball … together? That was the scene Tuesday at New York City’s Life Time Athletic Sky, where Kanter and his former Thunder teammate were videoed playing a 5-on-5 game on the same court along with LeBron James, J.R. Smith and Carmelo Anthony.” END_OF_DOCUMENT_TOKEN_TO_BE_REPLACED

Just as I was about to release a primer for the Oklahoma City Thunder’s foray into this summer’s free agency, Ramona Shelburne of ESPN dropped this bomb:

Paul George has been traded to OKC, per sources

It was just 12 days ago that George put out the feelers that he wanted out of Indiana and was not going to re-sign with the Pacers when his contract expired after the 2017-18 season. I wrote about the Thunder’s chances of obtaining George when the statement came out. He included in his statement that he had an eye towards signing in his native Los Angeles when he became a free agent. That statement was released a full three days before the draft. The timing of the statement was no accident.  END_OF_DOCUMENT_TOKEN_TO_BE_REPLACED 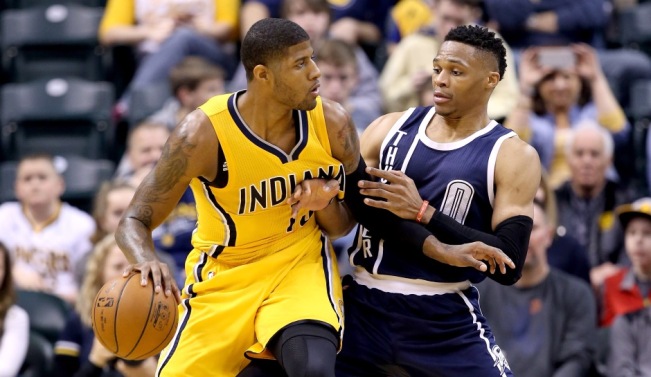 No one in the NBA wants to see a lame duck season from a player or a team. That’s what the 2017-18 season would’ve been like for the Pacers had they allowed George to just go through the motions next season. With this definitive statement from the George camp, both sides can now put into motion the necessary steps to move forward from this break-up. END_OF_DOCUMENT_TOKEN_TO_BE_REPLACED