It’s going to take some time. We can look back at all the other recent iterations of super teams and see that there were adjustment periods for all of them. Some of those teams adjusted quickly, like the Warriors of last year and the Celtics of 2007-08. Others took at least a season to find themselves, like the 2010-11 Miami Heat. But they all eventually found success.

Other super teams faltered because of a variety of issues. The Brooklyn Nets reboot of the Boston super team with Paul Pierce and Kevin Garnett didn’t find any success because of injury and chemistry issues. The Los Angeles Lakers tried the whole super team thing twice and failed both times. Karl Malone and Gary Payton joined the Kobe and Shaq train when it was on it’s final wheel, losing to the more cohesive team Detroit Pistons in the Finals. And Dwight Howard and Steve Nash joined Kobe and Pau Gasol in a glorious flame-out that essentially ended Nash’s career and sent Howard running off to Houston in the offseason.

Where the Thunder fall? Only time will tell. But you definitely can’t make a judgement based off of 6 games. Here’s a look back at five things on the week that was. 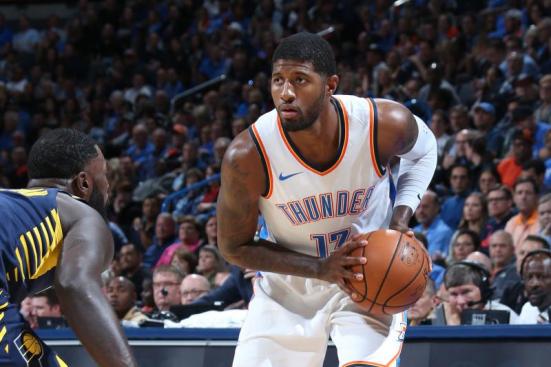 When I was growing up, there were two shows that tried to challenge Saturday Night Live for late night comedic dominance. First was In Living Color, which lasted five seasons, finding success as an urban alternative to SNL, and launching the careers of Jim Carrey, Jamie Foxx, all the Wayans brothers, and to a lesser extent, Jennifer Lopez, who was a dancer on the show.

After In Living Color’s demise, Fox’s next foray into late night comedy was Mad TV, inspired by Mad magazine. One of the most memorable skits on Mad TV was “Lowered Expectations”, which basically revolved around a dating service for people who just weren’t as attractive as their counterparts. Hence, lowered expectations.

When the Pacers were scheduled to play the Thunder, many thought it would be a repeat of the Knicks game with Paul George playing the role of Carmelo Anthony as the franchise soul snatcher with Toby Keith’s “How Do You Like Me Now?” playing in the background.

Instead, we got the lowered expectations version of that. Because of foul trouble, George’s run of play was choppy, at best. He only played 19 minutes and honestly wasn’t that big of a factor in the outcome of the game. Russell Westbrook and Anthony were there to clean up the slack, and the game was basically decided by the mid-point of the 4th quarter.

4. The Other Side of the Coin 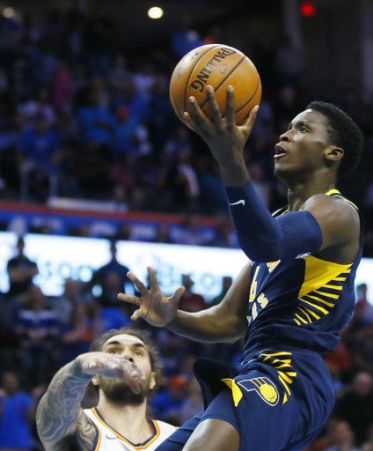 Where was this from Victor Oladipo and Domantas Sabonis last season? Six games into the season, Oladipo is sixth in the league in scoring at 25.5 points per game, while shooting 50% from the field, 47% from 3, and averaging (get this) 7.2 free throw attempts per game. If this would’ve been the player the Thunder had last season, there’s no way they would’ve traded him. But alas, the James Harden effect is alive and well.

Sabonis, on the other hand, is averaging a double-double with 13 points and 10.2 boards per game. He has had to step up with Myles Turner missing games, but this was no where to be found last season. In Sabonis’ case, though, the Thunder may have miscast him last season as a stretch four.

With all that said, and with how good Oladipo and Sabonis are playing, I would still do this trade 11 times out of 10. 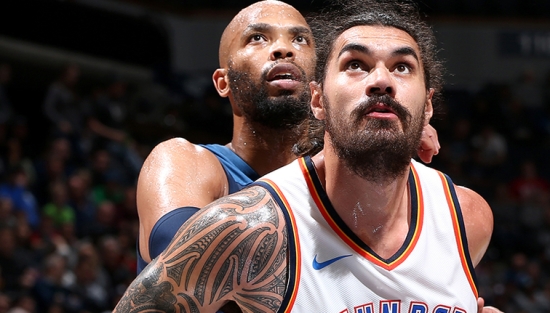 Minnesota could have been lottery-bound from the outset of the season, and they still would have given a title-contending Thunder team fits. Whether it’s Kevin Love going off for 51 points and hitting 7 threes. Or Zach Lavine hitting everything he shot up and scoring 35 on the Thunder off the bench. The Wolves just have a gift for making games close against the Thunder.

And now that they are actually good, that trend hasn’t stopped. The last two meetings between these Northwest Division rivals have been decided by 5 points total, with each game going to the last shot. The major difference between this season and years prior is that Minnesota has actually won these two close games. As the Thunder fight for positioning in the West, Minnesota already has a leg up on OKC in the stands and in the division.

What the hell could cause a dent that big on an airplane? First of all, this isn’t entirely rare. Bird do fly in the air, as do planes. And sometimes, birds have bad days and just want to end it. There is no Logic and Alessia Cara song for birds. All kidding aside, though, the nose of a plane is designed to absorb impact, as to reduce the force on the rest of the plane. In this instance, the nose of the plane did its job.

But it still has to be a scary sight to see that as you are boarding off the plane you were riding on. I’ve never been a fan of flying because it means putting all your trust on someone you don’t know. I don’t know if the pilot had a crappy day and isn’t fully attuned to the machinery that is in front of him/her. I don’t know if the pilot had a bender the evening before that he/she isn’t entirely over by the time the flight takes off. You’ve seen Flight with Denzel Washington, right?

In the end, I’m glad the pilots knew what they were doing and got the team to Chicago in one piece…even if it was dented a bit.

After their mid-flight experience, the Thunder played their game against the Bulls like it was their last. Maybe seeing your life flash before your eyes (I don’t think the experience was that dramatic) brings a new perspective to living. Or maybe the Bulls are just that crappy of a team. Whatever the case was, it was good to see a game where the team completely dominates from start to finish.