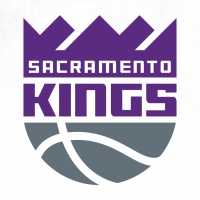 The Set-Up: Rest. Relaxation. Reset. When you look at the Oklahoma City Thunder roster, names like Russell Westbrook, Paul George, Carmelo Anthony, and Raymond Felton jump out at you. These names are known because those guys are all veterans. They’ve been through past wars and know what it takes to get through a grueling 82-game season.

But guys like Josh Huestis, Terrance Ferguson, Alex Abrines, and Jerami Grant are all experiencing a season where 1) they’ve had to play a lot more and 2) they’ve had a lot more responsibility lumped upon them. And so this All-Star break should have been about recharging their batteries, refocusing, and getting ready for the stretch run.

Huestis started off hot from 3-point territory this season. But as soon as those minutes started increasing, it’s like he hit a rookie wall about 35 games in. Because, you know, the Thunder did such a great job of developing him during his first two seasons in the league. Grant is turning into the go-to-guy off the bench for the Thunder. Not only are his minutes increasing, but his role is increasing. And the Thunder need Abrines and Ferguson to have their legs available to them in case they need floor spacers in the playoffs.

Previous Meetings: These two teams have already played twice before, with the home team coming out the victor every time. The Kings won the first meeting 94-86, in a game that saw the Thunder jump out to an early lead, only to go cold the rest of the game and allow the Kings to come back on them. In the second meeting, the Thunder needed a 31-16 third quarter to put the pesky Kings away, 95-88.

Looking At The Numbers

1. Perimeter Defense – Take a guess at the best 3-point shooting team in the league in terms of percentage? Golden State? Correct! Now who’s second? Houston? No. San Antonio? No. Cleveland? No. Twenty four other teams? Nope. Who then? Sacramento. What!?

Sacramento is shooting 38.2% from the 3-point line. They are a team equipped with penetrating guards and sharp-shooters in the form of Buddy Hield, Bogdan Bogdanovic, and Garrett Temple. The key will be containing the penetration of Frank Mason III. With De’Aaron Fox being out with conjunctivitis, Mason is the only guard capable of breaking down the defense.

2. Bench – The Kings feature the highest scoring bench in the league at 45.9 points per game. This team is at the stage where they have no superstar, a bunch of young guys, and no clear gauge on the future. And so they play all their guys willingly, which usually produces a high scoring bench. In both games the Thunder have played against the Kings, their leads usually dissipate during the 2nd quarter, when the Thunder bench is primarily in the game. The Thunder will have to do a better job of being more consistent when the reserves are in.

3. Rebounding – The Thunder have a sizable advantage in every rebound category compared to the Kings. Their big men are not that physical and will likely struggle inside against Steven Adams. This is definitely a game where Adams can assert his will.