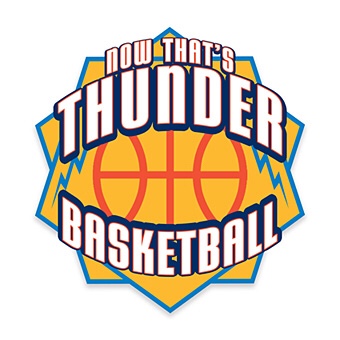 Brett Dawson (NewsOK) on Carmelo Anthony using the All-Star break to unwind and disconnect: “Anthony hadn’t had a chance to “decompress,” he said, since that whirlwind weekend in September. The All-Star break afforded him the opportunity. Oklahoma City hasn’t played a game since last Wednesday. “I haven’t really got a chance to sit down and kind of breathe a little bit and relax,” Anthony said. “Everything’s happened so fast. So this past week was very helpful for me.”

Berry Tramel (NewsOK) on scheduling and prime-time matchups ahead: “But as the NBA comes out of the all-star break Thursday for the mad dash to the April playoffs, time to salute not only the efforts at easing the physical demands of scheduling, but also the dramatic effects. In a Western Conference race in which the No. 3 team (San Antonio) and the No. 10 team (hard-charging Utah) are separated by only 4½ games, the teams jostling for playoff positioning play each other repeatedly over the next seven weeks.”

Erik Horne (NewsOK) on the creation of the box-out stat: “NBA.com created a new stat to chart “box outs.” Adams’s response was immediate, prompted by a chuckle. “Why?” The NBA continues to expand its statistics, which continues to give the guys who do the dirty work more credit. That means even better ways to quantify the irreplaceable Adams, who now has even more evidence to support his impact.”

Jeremy Stevens (HashTag Basketball) on the true value of Patrick Patterson: “Here’s what I know about Patrick Patterson: He’s a solid all-around defender that is good for a couple threes from the corner each game, and according to Cleaning the Glass, he’s an excellent offensive rebounder. That’s what the team paid for. Nothing more, and nothing less. Except, somehow, it feels like they’re getting less. What we’ve learned about the Toronto Raptors since last summer is that their bench is surprisingly cohesive, and they could afford to have somebody like Patterson stuck in the corner because their ball movement will allow him to get a shot off if they need it. It was an imperfect system that didn’t get to thrive because their offense often devolved into desperation hero-ball offense, but seeing what it’s evolved into now makes it much clearer how guys like Patterson can thrive without the ball.”

I’m not really into Nick Wright, but I do like him a lot more than Colin Cowherd.

Cody Taylor (Thunder Wire) on Carmelo Anthony considering today’s game one of the most important of the season: “It might be one of the most important games of the season coming back off of the break and playing a dangerous team like Sacramento,” Anthony said. “If we want to be great, and we consider ourselves being a great team and becoming great, we have to go in there with a high level of focus [and] a high level of energy.”

Chuck Chaney (Thunder Digest) on the Thunder raising ticket prices for the 3rd time in 4 years: “Sure, the Thunder added a couple of “super stars.” This also brought high luxury taxes and expectations. With all of that, the Oklahoma City sent out the 2018-19 season ticket prices and every seat rose in price. From the Loud City to the super expensive seats, the Thunder made the decision to raise prices based on House Bill 2361. It passed through the State Legislature this summer.”