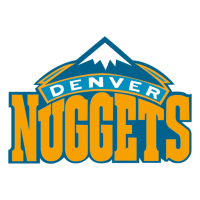 It’s been kind of a mixed bag when the Big 3 are out there on the court for the Oklahoma City Thunder. In the first three games of the preseason, they have been on the court together for only 20 minutes. They have been joined in large part by Andre Roberson and Steven Adams, but have also seen time with Jerami Grant and Terrance Ferguson. Here are a couple findings via NBAWowy:

It’s an extremely small sample size, which likely isn’t enough time to develop a rhythm out there on the floor. Paul George seems to be the one that needs the most adjustment working in a system that also features two other attention pullers. After so many seasons of being the man in Indiana, it’s going to take some time before he figures out when to take over and when to play-make. Carmelo Anthony, on the other hand, seems like he was made to play the role that he is currently in. A tertiary scoring option with primary/secondary scoring skills.

And Westbrook is also going to have to adjust. As the point guard, he’s going to have to learn the nuances of George’s and Anthony’s game. And he’s also going to have to readjust his game to be more passer than scorer at times. The habits from last season may creep up from time to time, but the ultimate goal is to be as efficient as possible as a unit. Until then, questions about team chemistry will come up.

The Nuggets come into this game with a 3-1 preseason record. The Nuggets are reminded nearly every day of the moment their postseason dreams came crashing down last season when they show highlights of Westbrook’s record-breaking 42 triple double or highlights of his game-winning 3-pointer in that same game. But the fact the Nuggets were even in contention that late into the season had to come as a surprise to most.

With that surprise from last season comes some expectations for this season. Add to that the fact the Nuggets added Paul Millsap to the roster and you know have a bonafide veteran star to complement all the burgeoning young talent in Denver. Nikola Jokic is a star in the making and Gary Harris, equipped with a brand new extension, is looking to build off his career year from last season. Juan Hernangomez and Jamal Murray both head into their sophomore campaigns and the Nuggets are expected big things out of these two young players.

The Thunder will have one more opportunity to see how the Big 3 play together before the start of the regular season. As I mentioned above, it hasn’t all been bad. But it hasn’t all been great either. Tonight we’ll likely see the trio play regular minutes, which should help them establish a rhythm.

Terrance Ferguson has been afforded some time with the Thunder’s star players on the court. I think it may be high time to give Huestis that same opportunity to see how he responds as a role player. Huestis was great last game in the fourth quarter and has had his best preseason to date.