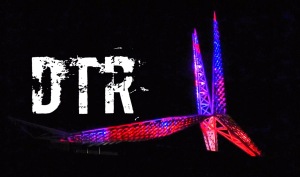 Great start to the season. Let’s keep it rolling.

Royce Young (ESPN) says Carmelo Anthony is ready to move on from the Knicks after his Thunder debut: “I was actually surprised the first shot was that wide open,” Anthony said. “Just happy it went in, got that first shot out of the way and was able to focus on the rest of the game.” Then he missed his next seven shots. But like the rest of the Thunder, it was a slow burn as Anthony revved up in the second quarter and into the third, scoring 22 on 8-of-20 shooting in a 105-84 win over the New York Knicks on opening night.”

Ben Rohrbach (Yahoo) looks at Russell Westbrook debuting with what else? A triple double: “Following an MVP campaign in which he set the record for triple-doubles and became the second player to average one for a full season, Thunder point guard Russell Westbrook began 2017-18 with another one, collecting 21 points, 16 assists and 10 rebounds in a 105-84 victory against the Knicks.”

Brett Dawson (NewsOK) on Enes Kanter’s return to OKC: “Kanter got a long, loud ovation when he was announced among the Knicks starters. And he didn’t get the hard elbow he’d been promised from Adams, his former teammate and Stache Bro. “He was just kind pushing me and elbowing me a little,” Kanter said. “It wasn’t really nothing hard.”