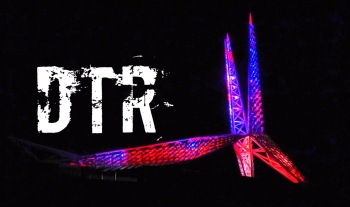 Honestly, I went into draft thinking the Thunder would draft like 8 guys, but they only came away with one. Here’s the Terrance Ferguson edition of DTR.

Tim Kiernan of Sports Illustrated grades the Thunder’s selection of Terrance Ferguson: “Ferguson shut down his workouts late in the predraft process and was believed to have a promise somewhere in the first round. The Thunder may have been that promise. OKC takes a nice upside swing here in a draft where three-point shooting is at a premium.”

Basketball Insiders looks at the Thunder’s selection: “Known for his athleticism and perimeter defense, Ferguson presents qualities that ideally fit today’s league as a “3-And-D” player. Oklahoma City will likely elect to use him at the shooting guard or small forward position, as he has a 6-foot-7, 190-pound frame. Ferguson has length that will allow him to disrupt passing lanes and contest shots, which will definitely help the Thunder get out in transition.”

Erik Horne reflects on the Ferguson pick: “He’s just a really pleasant kid, and a kid that I think is really excited about what’s in front of him, wants to put in the time and work in.” It shouldn’t come as a surprise that Presti referenced Ferguson as a kid twice in his opening statement Thursday night. The 6-foot-7, 185-pound Ferguson, who spent a year in Australia playing for the Adelaide 36ers banging bodies with men nearly twice his age, is a little more than a month removed from being 18 years old. The third-youngest team in the NBA last season added essentially a one-and-done college player, albeit with a year of professional experience under his belt at 4.6 points per game in 15.2 minutes.”

The transcript of Sam Presti’s press conference after Ferguson was picked.

Instant analysis from NBA.com on Ferguson.

Terrance Ferguson seems to have a Warriors/Twitter problem.

Fred Katz looks at how the decrease in salary cap may affect the Thunder: “The Oklahoma City Thunder currently have about $110 million of salary for 2017-18, and that doesn’t include forward Jerami Grant’s $1.5 million team option, about which OKC has yet to make an official decision. The deadline for the Thunder to pick up his option is June 24. The Thunder are scheduled to pick at No. 21 in Thursday night’s NBA Draft. If they end up using that pick, it can sign for a 2017-18 salary up to $1.8 million. The Thunder are also still paying point guard Ronnie Price $2.4 million after they signed him to a fully guaranteed two-year deal last summer before waiving him in the preseason. All this means they could realistically be less than $6 million away from the tax line heading into free agency.”

Bill Haisten of the Tulsa World looks at the Ferguson selection from a Tulsian point of view: “On average each year, the Oklahoma City Thunder sells about 1,000 season tickets to Tulsa County residents. Each October, the Thunder plays a preseason game at Tulsa’s BOK Center. The Thunder-Tulsa relationship now is extended to the Oklahoma City roster. With the 21st pick during Thursday’s NBA draft in Brooklyn, New York, league Commissioner Adam Silver announced the Thunder had selected Terrance Ferguson, a 6-foot-7 guard and the Tulsa-born son of a former Booker T. Washington basketball player. With his former Hornets coach Nate Harris, Terrance Ferguson Sr. watched ESPN’s draft telecast from his Tulsa home. On a questionnaire last year, the younger Ferguson listed the Oklahoma City Thunder as his favorite NBA team and Kevin Durant as his favorite NBA player.”

Jenni Carlson looks at the conundrum facing the Thunder and Enes Kanter: “After his family in Turkey disowned him for political reasons a year ago, he called Oklahoma his homeland. He adopted our state, though it might’ve been the other way around. “We have another bed if you want to come join our family,” Oklahomans told Kanter. It didn’t hurt either that Kanter broke from the Thunder’s button-up, pipe-down style. He and best buddy Steven Adams became the Stache Brothers. They had T-shirts. They had videos. But most of all, they had fun.”

Hamilton brothers looking to make their mark in the NBA: “Such was the case for Daniel Hamilton last year. After declaring for the draft after his sophomore year at the University of Connecticut, he was selected with the 56th overall pick in the 2016 NBA Draft by the Denver Nuggets and then traded immediately to the Oklahoma City Thunder. “It’s one of the best feelings in the world, you work your whole life to hear the commissioner say your name,” Daniel Hamilton told Basketball Insiders. “When I heard it, that was just a blessing. I was pretty excited to share that moment with my family.”