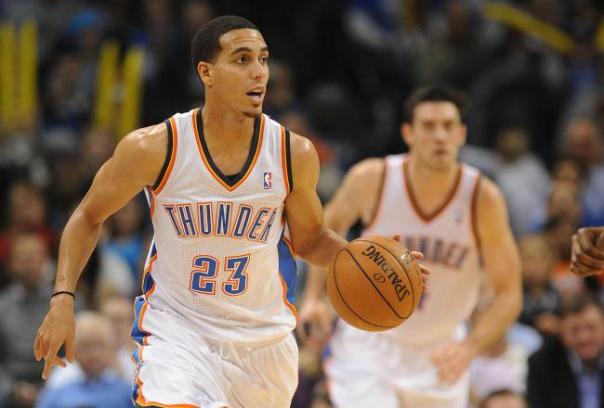 Any time something catastrophic happens, people always measure time from that point forward. In the show “Revolution”, everything is measured from the blackout, which is the catastrophic event in the show. Similarly, anytime something shocking happens to a sports team (i.e. trade, injury, retirement, suspension, etc), everything is measured from that time for the immediate future. No matter what they tell you, Clevelanders are still thinking about Lebron and The Decision. It’ll take a nice playoff run or two from Kyrie Irving, Dion Waiters, and the young Cavs to start to erase the time clock from their collective memory. Chicagoans have become quite adept at handling these differentiating time clocks for the past 20 years. They’ve had Michael Jordan’s first retirement, his comeback, his second retirement, and, finally, Derrick Rose’s knee injury. They are just chomping at the bit to start the Derrick Rose comeback timeclock. 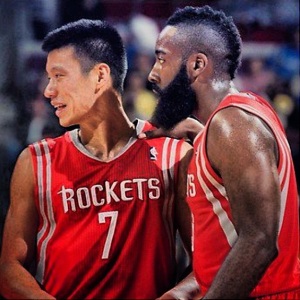 The Oklahoma City Thunder experienced something very similar a month ago. On October 27, 2012, the Thunder traded James Harden, Daequan Cook, Lazar Hayward, and Cole Aldrich to the Houston Rockets for Kevin Martin, Jeremy Lamb, 2 future first round picks, and a 2013 2nd round pick. The Thunder were just coming off a trip to the Finals with their young core just coming into its own. They had their world-class scorer in Kevin Durant, their hyper-competitive floor general in Russell Westbrook, their pogo-stick blocking machine in Serge Ibaka, and their “jack of all trades” in James Harden. All under 24 years of age at the time. THIS team was supposed to grow together and contend for the next decade. Instead, after not being able to come to terms on a long term extension, Thunder GM Sam Presti decided to pull the trigger on the trade,  and send Harden to Houston. 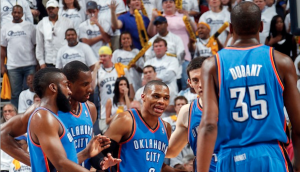 The first thought amongst Thunder fans was how Martin would compare to Harden. The players, while similar in some facets, were completely different in other facets. Both were great shooters who were very adept at drawing fouls when driving to the basket. The major difference between the two players was that Harden was more of a playmaker, while Martin was more of a scorer. That major difference was of chief concern to Thunder fans because Harden was usually the go-between when Durant and Westbrook were on the floor together in the 4th quarter. When Durant and Westbrook were out there on the floor together, teams had an idea on how to guard the duo. But add Harden to that mix, and the floor spaced out like the Red Sea of Moses.

Basketball skills aside, the primary concern was how this trade would affect the Thunder’s chemistry. This Thunder team was one that had been hardened by its experiences. The struggles of learning how to win followed by the lessons of winning when favored. It was a 180 degree turn that many teams never experience. Many teams have trotted out young talented rosters that have either failed to pan out or were destroyed from within when it was time for contract extensions. The best comparison I have for the Durant-Westbrook-Harden-Ibaka Thunder was the late 90’s Dallas Cowboys of Troy Aikman, Emmitt Smith, and Michael Irvin. Eliminate one of the Triplets from that mix, and the Cowboys aren’t winning 3 Super Bowls in four seasons. This is the current dilemma facing the Thunder. 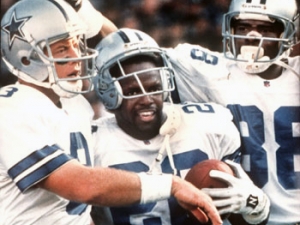 One month in, and the transition has been about as smooth as it can be when changing out key parts. There have been some transitional growing pains, but that is to be expected when a core shattering trade is made 4 days before the start of the regular season. What is important is the Martin seems to be integrating quite nicely into his role as the team’s 6th man. Luckily, the team’s schedule has been home-heavy in this early going with the opponent’s collective win percentage being under .500. On the other hand, against teams with strong playoff pedigrees, such as the Spurs, Grizzlies, Clippers, and Celtics, the team has struggled and is 1-3 against those teams. The surprising revelation is that compared to James Harden’s stat line from last season’s first 15 games, you would almost not even notice a difference.

Other than the difference in assists per game, Harden and Martin have virtually the same offensive stats. Eventually, even the assists may be a wash, as Martin has shown a willingness to become more of a playmaker. People tend to forget that Martin has been the main offensive option on most of the teams that he’s played on and has been given the green light to shoot at will. But, with teammates like Durant, Westbrook, and Ibaka on the floor, Martin has shown that he can find the open man for an easy bucket or two. 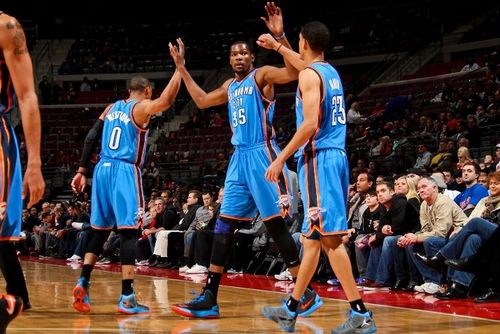 Defensively, Martin has been a liability, but Harden wasn’t necessarily on his way to being named to any of the All-Defensive Teams. This first half of the season will be one lesson after another for the Thunder. Durant and Westbrook have been learning on the fly how to incorporate Martin into their crunch time offense. And Martin has been learning how to be more aggressive as a bench player. Overall, the transition has gone a lot smoother than many Thunder fans had feared. With Harden coming to town on Wednesday with his new team, the cycle seems to have come full circle. The more things change…….