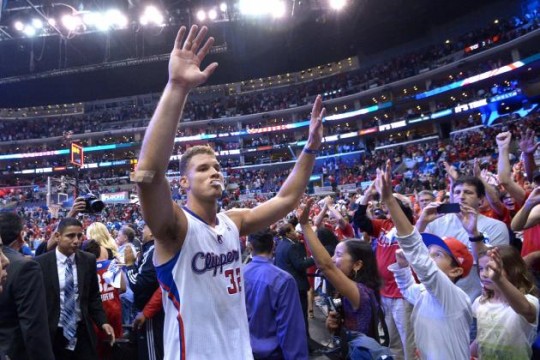 Four games in: a blowout for each team and a close victory for each team. Series tied 2-2. Pretty much what you would expect from the 2 vs. 3 match-up in the Western Conference playoffs. The only caveat is how the Thunder lost Game 4. Up by 16 with a little more than nine minutes left should be a comfortable lead, even in the playoffs. But it’s how the Thunder lost the lead that has Thunder Nation in a bit of a tizzy. After a string of 4.75 out of 6 games where the Thunder looked like world-beaters, the Thunder reverted back to their bad habits in the fourth quarter relinquishing Game 4 to the Clippers.

The offense became extremely vanilla, with most of it consisting of Russell Westbrook dribbling for 10 seconds, while Kevin Durant tried to get position on all 6 feet of Chris Paul (really, Chris Paul…c’mon Kevin). Once Durant got the ball, one of two things happened: either the Clippers sent a hard double team, with a soft third defender, which led to 3 turnovers in the quarter or Durant got the ball in the basket (4/5 FG, 10 points in the 4Q). While Durant’s “success” on offense would lead you to believe the Thunder were either maintaining their lead or building on it, the Thunder’s defense told a different story. With Westbrook and Serge Ibaka hampered by foul trouble in that 4th quarter, the Thuder weren’t able to be as aggressive on defense, which led to undisciplined overplays and unsuccessful reach-arounds as Paul and Darren Collison were able to get into the lane without much resistance.

Another little discussed faux pas was Scott Brooks’ inexcusable over-use of timeouts. At some point, when the other team is making their run, you have to hold onto to at least two timeouts in case the other team actually completes their run. This is the second time in these playoffs where Brooks’ mishandling of timeouts has put undue strain on the Thunder. The first time, in Game 5 of the Memphis series, Brooks was bailed out by the steal and subsequent game-tying dunk by Russell Westbrook with a few seconds left in the game. This time, though, the Thunder lucked into a hurried miss by Blake Griffin, but still could not capitalize on a last second shot by Russell Westbrook. A timeout and the ability to move the ball to halfcourt could have helped the Thunder in trying to tie the game. Oh, who am I kidding? It’s Scott Brooks we’re talking about. Anything less than five seconds left on the clock is usually accompanied by a 29 foot fall-away 3-point attempt by Durant with two defenders in his face.

In the end, the Thunder got a split in Los Angeles and wrestled back home court in the series. Mission accomplished? Maybe, maybe not. It depends on how you look at it. The narrative in these playoffs tends to change by the game. After the Game 1 blowout by the Clippers, most people were ready to shovel dirt on the Thunder’s grave. Then came two convincing victories after the galvanizing MVP speech by Durant, which led to people wondering whether the Thunder would lose again in these playoffs. Finally, the Game 4 collapse has allowed the pendulum to swing once again, this time back in the Clippers’ direction. Media fandom in the playoffs can be so fickle at times.