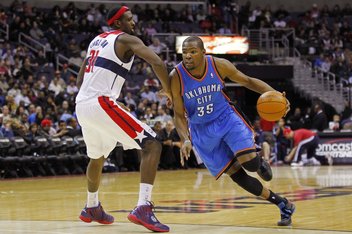 The Oklahoma City Thunder return home from a one game road trip to face the Washington Wizards. The Thunder come into the game having won 3 in a row to coincide with the return of Russell Westbrook. They find themselves 4-1 on the season and have used these first 5 games, against easier competition, for the most part, as an extended training to help assimilate Westbrook back into the mix. So far, it has yielded positive results.

For whatever reason, regardless of record, the Wizards always seem to give the Thunder problems. Its just one of those teams that matches up well against us. The teams have split their season series in the previous two full season and the Wizards won the only meeting between the two teams in the strike shortened season. 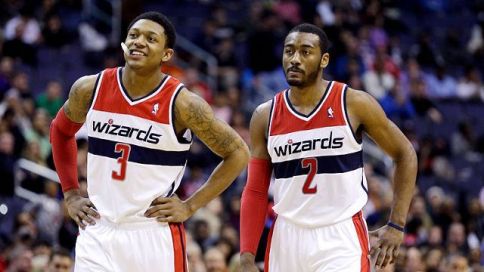 The Washington Wizards come into this game with a 2-3 record. They started the season losing their first 3 games, but have rebounded in the last two, to include a 112-108 OT victory over the Brooklyn Nets. The Wizards are led by their back court duo of John Wall and Bradley Beal who combine to score 38 points and dish out over 13 assists per game. Their biggest issue is that they aren’t very efficient in how they score as both guards are shooting under 42% from the field. Defensively, Trevor Ariza is probably their best wing defender and will take on the duties of guarding Durant. Up front, Nene and Marcin Gortat form a formidable duo capable to putting up double-doubles if allowed. The bench is led by veterans Al Harrington, Martell Webster, Kevin Seraphin, and Eric Maynor.

1. Rebounds – With the amount of shots that the Wizards miss, they depend heavily on rebounds for extra opportunities to score. Gortat, Nene, and Seraphin are all big bodies that can carve out space in the post to get rebounds.

2. Perimeter Defense – Even though they don’t always make a lot of shots, the Wizards do have players with the ability to make a couple 3 pointers. Beal, Harrington, and Webster have all been known to light it up from deep and with the Thunder’s penchant for allowing the 3-ball, they may come into play.

3. Speed vs. Speed – Even though Jeremy Lamb may not be interested in watching the matchup between Westbrook and Wall, most other people are very interested. These are thought to be two of the fastest players in the league and use that trait to their advantage. It’s Turbo vs. Turbo. 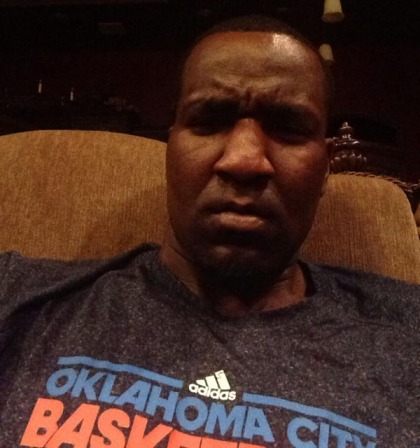 Side Note – Happy 29th Birthday to Kendrick Perkins. Let’s get that W, YungHawg!