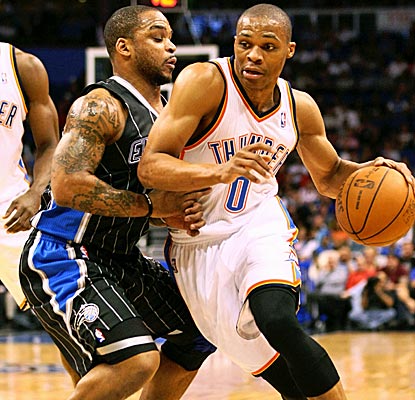 If you are an established small market team that builds through the draft and smart, cost-effective moves, you are said to be using the San Antonio model of team building. But if you are a rebuilding team, collecting draft picks and young players, you are said to be using the Oklahoma City model of team building. The Oklahoma City Thunder are using the San Antonio blueprint, while battling the Spurs for Western Conference supremacy. The Orlando Magic, on the other hand, are using the OKC model to rebuild after Dwight Howard napalmed the team for two consecutive seasons.

Two years after making it to the Finals, the Magic were struggling to remain relevant in an Eastern Conference that now boasted a super team in Miami, a wunderkind point guard in Chicago, and a scoring title threat in New York. Howard could see the writing on the wall, but waffled between staying with the team and wanting to be traded. The indecision on the part of both parties (Howard and the Magic’s) delayed the inevitable, frustrating both the Magic front office and the fan base for 2 seasons. Howard was eventually traded this past offseason to the Los Angles Lakers in a four team deal that included 12 players and 5 draft picks. 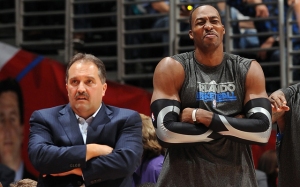 Heading into this meeting with the Thunder, the Magic find themselves at 18-47, good for 14th in the Eastern Conference. After surprisingly starting the season with a 12-13 record, the Magic proceeded to lose 34 of their next 40 games. This will be the first of two meeting between these two teams. The Thunder swept the season series last season in two tightly contested games.

Protect the ball – Orlando is an extremely young, athletic team that feasts on turnovers. If the Thunder get too careless with the ball, the Magic will make them pay in transition. There’s no need to give a young team momentum to think they can win at your place. 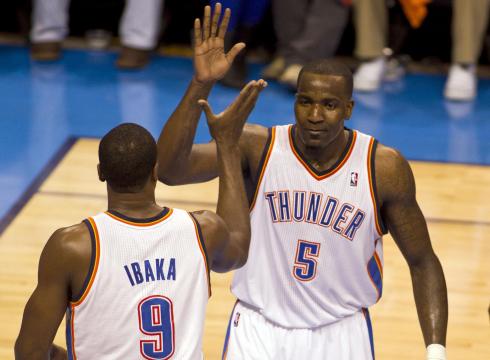 Rebounding – The Magic are 15th in the league in rebounding, but have a double-double machine in athletic center Nikola Vucevic. With Vucevic patrolling the paint and Mo Harkless/Tobias Harris keeping Serge Ibaka outside of the paint, it will be up to Kevin Durant and the guards to help out in the rebounding department. 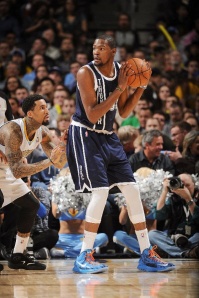 Kevin Durant and Russell Westbrook: Post up offense – Both Westbrook and Durant will have significant height advantages on their defenders. Look for them to post up early and often.