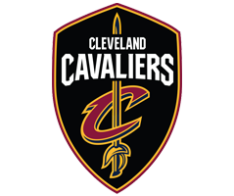 Adversity is a word that has become synonymous with the Oklahoma City Thunder this season. Whether it’s Andre Roberson needing an extra two months of rehab due to a stitch. Or Russell Westbrook missing all of the training camp and the first two games of the season. Or Paul George having to deal with another weird injury (numb forearm last season, numb foot this year). Or Westbrook going down with a sprained ankle after the Thunder were on their current roll of five wins in a row.  END_OF_DOCUMENT_TOKEN_TO_BE_REPLACED

Dan Devine (The Ringer) looks at if the Thunder can survive without Russell Westbrook: “The silver lining for Oklahoma City is that its schedule is set up rather nicely. Eight of the Thunder’s 12 remaining games in November will come against teams currently under .500, including seven against teams that are unambiguously full-stop heinous: Dallas, New York, Atlanta, and two each against Phoenix and Cleveland. Missing Westbrook for matchups with the resurgent Rockets on Thursday, the West-leading Warriors and Nuggets, and the plucky Kings and Hornets would hurt, but all things considered, this seems like a fairly friendly stretch for the Thunder to have to spend any time without their leader and offensive focal point.”

Royce Young (ESPN) with an injury update on Westbrook: “Westbrook traveled with the team to Cleveland and will be evaluated again Thursday to see how he feels, and his status will likely be updated on a game-by-game basis. The Thunder, who have won five straight, play the Rockets on Thursday in OKC. However, considering it’s a back-to-back and the Thunder won’t hold a shootaround or practice before the game, Westbrook and the Thunder will probably lean conservatively on returning for that game with an eye more toward Dallas on Saturday, or Phoenix next week.” END_OF_DOCUMENT_TOKEN_TO_BE_REPLACED