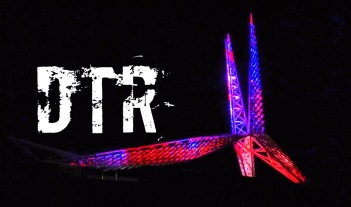 I hope all the father’s had a great Father’s Day yesterday. Lots of draft talk coming this week. Here’s Monday’s DTR to start your week.

Welcome to Loud City looks at Oklahoma State’s Juwan Evans for 21: “Running an offense, playmaking, and executing the high pick-and-roll are all directly in Jawun’s wheelhouse–it’s his bread and butter. Last season at OSU, Evans had an assist percentage of 43.6%, and a usage rate of 32.7–both of which are the highest in the draft. Evans also gives this team another thing they desperately need–especially when Russell goes to the bench—a ball handler that doesn’t have an issue creating contact and getting to the free throw line. He averaged 7 free-throw-attempts per 40 minutes last season. Obviously, after scoring 19 points-per-game last season at OSU, Evans can put the ball in the hoop, but it’s his decision making that really opens the door for his role in Oklahoma City.”

Brett Dawson looks at Tulsa native Terrance Ferguson: “At next week’s NBA Draft, some team is going to select Rachelle Holdman’s son. And she’s going to be giddy for Terrance Ferguson. Holdman’s going to be ecstatic that her 19-year-old’s gamble – to skip college and play professionally for a year in Australia – paid off. But there might be a little extra emotion if Ferguson lands with the Thunder, which holds the No. 21 pick.”

John Helsley of The Oklahoman looks at the possibility of the Thunder grabbing Juwan Evans: “I’ve been underrated my whole life. All it does is give me more motivation.” In a strong year for point guards in the draft, five are projected as probable top-10 picks: Washington’s Markelle Fultz, UCLA’s Lonzo Ball, Kentucky’s De’Aaron Fox, North Carolina State’s Dennis Smith and international product Frank Ntilikina. Then there’s a perceived gap that extends toward the back of the first round, where the Thunder sits with a need for a backup point guard. And Evans just may be making progress in his bid to make a final impression, jetting in and out of cities and putting himself under the microscope. Over the past 10 days, he’s been in Portland, Utah, Indiana, Atlanta, Brooklyn and Oklahoma City for workouts.”

Erik Horne looks at Jordan Bell from Oregon, who the Thunder might for his defensive chops: “Bell’s offense is the work in progress, consisting of points in transition and shots within 15 feet. He only attempted 31 jumpers in his final season at Oregon, converting 32.2 percent. He attempted only 16 3-pointers during three seasons in Eugene. Yet, Bell already has the profile of an NBA defender, drawing Dennis Rodman comparisons from a Philadelphia executive during a workout for the Sixers last week. He’s studying the right players, too, citing Golden State’s Draymond Green and the Thunder’s Andre Roberson as guys he watches on the defensive end. The Thunder was reportedly one of about nine teams Bell was interviewed at the Draft Combine in May.”

Horne looks at the oft-injured Harry Giles, who has a very similar story line to former Thunder forward Perry Jones III: “Now, there’s considerable debate whether he’ll even make it into the lottery. “He’s got top-five talent,” said ESPN commentator Jay Bilas, who analyzes draft prospects for the network. “But his body has shown to be a risk.” In the first game of his high school senior season, Giles tore the anterior cruciate ligament in his right knee. Surgery and rehab followed. Then came an arthroscopy on his left knee in October, before his lone season with the Blue Devils. He’d torn the ACL and medial collateral ligaments in that left knee as a high school sophomore.”

Ben Rohrbach of Yahoo Sports looks at Russell Westbrook and his killer instinct: “Following Durant’s decision to join the Warriors, Jordan told Complex magazine of Westbrook, “Thirty years ago, that’s me. The attitude, trying to prove myself, showing so much passion for the game of basketball. You see it in his play. You can tell he loves the game, he plays with energy and flair.” And then the two teamed up on a commercial branded with the slogan, “Some run, some make runways.” Anyone who watched Westbrook play basketball this season could see he doesn’t just have a killer instinct; he is trying to gut you on every single possession. This approach resulted in a historic triple-double campaign, clinched with a 50-point performance that was capped with a buzzer-beater, eliminated the Denver Nuggets from playoff contention and meant nothing to his own team’s seeding.”

Victor Oladipo’s progression pictures got him a story in Men Fitness magazine: “The former Indiana Hoosier was traded to the Thunder from the Orlando Magic after the 2015-2016 season, later signing a four-year, $84 million contract extension with Oklahoma City. He proved he was worth the money: Oladipo helped his team win 47 games while averaging 15.9 points, 4.3 rebounds, and 2.6 assists, setting career highs with a 44.2% field goal percentage and a 36.1% clip from the three-point line. Oladipo’s response to that performance? Training to get more athletic—and shredded. Oladipo’s been working with David Alexander, a Miami-based trainer who has also worked with Dwyane Wade and other NBA players. How did Oladipo get it done? A strict nutritional routine of lean protein and healthy snacks, as well as a coordinated training program of weightlifing, on-court agility drills, and extra hours in the weight room.”

Apparently, Domantas Sabonis’ brother Tautvydas got married this weekend. Congrats to the couple. Hopefully you have a translate feature on your web browser.