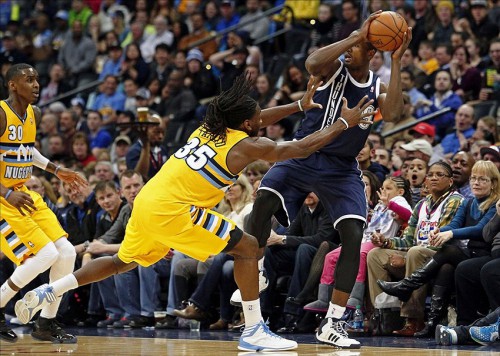 Finally. After eons of waiting, the time has arrived. Well, not really the real time. That would be reserved for 20 days from today. But real enough to follow a GameCast of the game on ESPN. Real enough to catch highlights on NBATV. And real enough to begin complaining about Scott Brooks and his lack of offensive imagination. The rest of the season for the Thunder begins today.

The Denver Nuggets come into the game having already played one preseason game. They lost to the Los Angeles Lakers 98-95 in Kobe Bryant’s first game in action since an injury riddled 203-14 campaign. The Thunder are set to face their Northwest Division rivals four times this season. 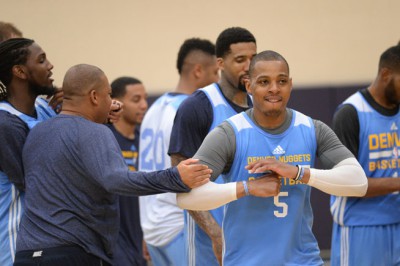 The Nuggets are looking to build off a season that saw four rotational players miss significant portions of the season due to significant knee injuries (Danilo Gallinari, Nate Robinson, JJ Hickson, and JaVale McGee). The Nuggets are two years removed from being the No. 3 seed in the Western Conference heading into the playoffs. That team featured a lot of the same players that are still on the roster. The offense is spearheaded by Ty Lawson. The prodigal son, Arron Afflalo, returns after getting traded back to the Nuggets in the offseason to bring them defensive stability on the perimeter. Up front, Kenneth Faried and Timofey Mozgov form an energetic duo that gets most of their points off rebounds and garbage baskets. Off the bench, the Nuggets will probably try to play their rookies Gary Harris and Jusuf Nurkic to get them some in-game experience.

1. SG battle – This preseason will be about deciding who will start at SG for the Thunder. Roberson seems to have the edge on Jeremy Lamb and Reggie Jackson, though. He started 16 games for the Thunder last season and outplayed Lamb in the Blue and White scrimmage. 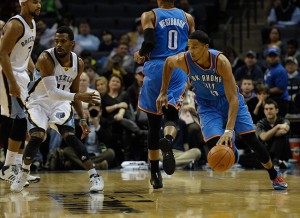 3. Ball-movement – The talk about the offense coming into every season is always about the increase in ball-movement. Yet, anytime the going gets tough or when the game is on the line, the offense always reverts back to iso-ball.