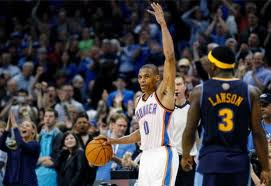 One word to describe this week: FUN!!!! Yeah, we had that one hiccup in Houston, but had a nail-biter and two blowouts in the other 3 games. 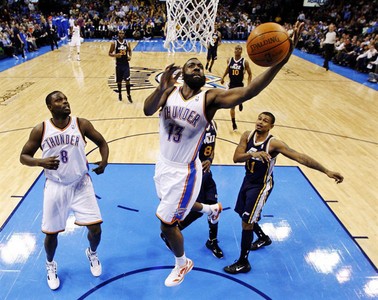 And OKC just happen to play them twice in a block where they looked bad. All you needed to know about this game is that Kendrick Perkins had 6 assists and no turnovers. If you follow the Thunder any, you know that Perkins is a turnover machine when he gets his hands on the ball. But in this game, he channeled his inner John Stockton and went all ‘team basketball’ on the Jazz. The Core 4 (Durant, Westbrook, Ibaka, and Harden) all had yeoman-like efforts in the game and got to rest in the 4th quarter of a 111 – 85 blowout.

Oh, the roller coaster that is a condensed season. One day you’re fawning over your past successes and the next you’re wondering what the hell happened. After throwing up on ourselves in the first quarter (29-13), the Thunder made a valiant effort to catch up and actually had a 3 point lead with 1:01 left in the game. But we didn’t score anymore from that point and lost the game 95-96. 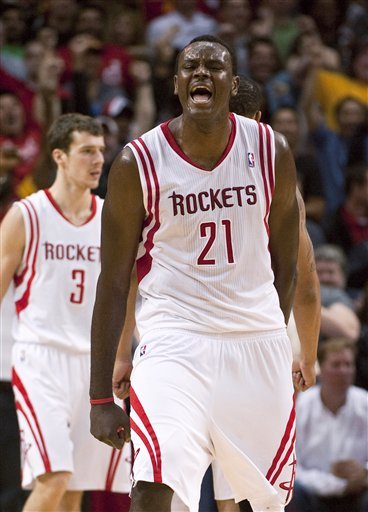 Other than the horrible first quarter, two things doomed the Thunder: turnovers and Kevin Martin. The Thunder and Rockets were nearly identical in FG’s made, 3-pt FG’s made, and FT’s made. But the Thunder had 21 turnovers compared to the Rockets’ 13. When you leave that many opportunities on the table in such a close game, you’re bound to lose. Kevin Martin going off for a season-high 32 points on 10-18 shooting shows the value of Thabo Sefolosha on this team. While Thabo may not provide much offensively, it’s what he takes away from the opposing team that shows his true value to the Thunder.

The team that takes years off my life. These two teams usually play each other close, and because of the Warrior’s style of play, they are usually high scoring affairs. After keeping the M.O. of this series with a close first quarter, the Thunder blew the lid off the game, outscoring the Dubs 64 – 41 in the 2nd and 3rd quarter. James Harden had a game high 25 points, while Kevin Durant poured in 23. Every Thunder player that was active scored on their way to a 110 – 87 victory. My heart thanks the Thunder.

The greatest regular season game I’ve ever seen live. To see 3 feats of excellence in one game was awesome. To have all 3 of those feats performed by members of the team you cheer for was great. To see it live with your kids in tow was priceless. For some reason, whenever my kids go to the game, the Thunder win in dramatic fashion. Last season was the Knicks game winner. And this season it was this game. 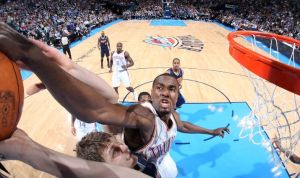 That’s the beauty of this game. Every point that Westbrook and Durant poured in was necessary. There was not a cheap basket anywhere. Sometimes, when a player is trying to reach their career high, they tend to just hog the ball in order to reach that plateau. But because of our horrible transition defense and no one on our team, not named Westbrook or Durant, being able to buy a bucket, every single point from these two was needed.

As for the game, it was a one of runs. OKC patched together a 20-0 run from the 2nd to the 3rd quarter. Denver patched together a couple 12-1 runs throughout the game. No lead was safe in this one. The only difference was we had two closers and they had none. We applied the clamps in overtime and rode out to a 124 – 118 victory.

Player of the Week: Kevin Durant

Both Kevin Durant and Russell Westbrook played great this week. But Westbrook had a bit of a stinker, in terms of point guard play, in Houston (4 assists, 6 turnovers), and Durant scored a career high 51 points in last night’s game. It’s sometimes so difficult to choose between these two, but for this week, Durant beats Westbrook to the finish line by a head. 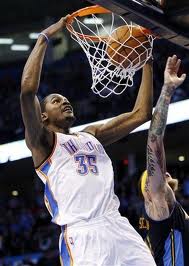