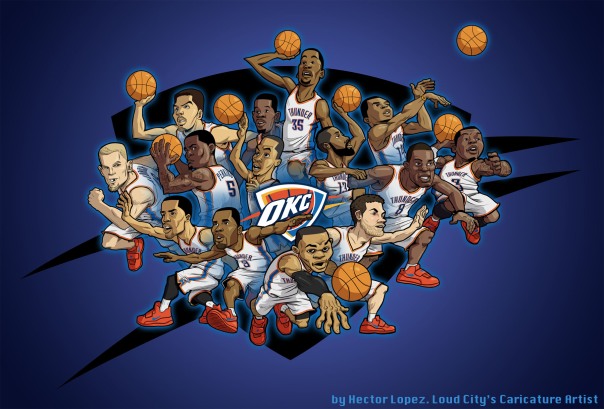 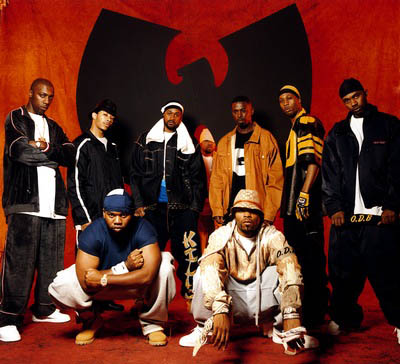 If you are like me, you are growing tired of the weekly late night sessions by the players’ union and owners. The meetings always seem to start off with a hint of hope, only to be crushed when we finally see the sides emerge into their separate press conferences after the meeting. Its almost like getting set up on a blind date. The anticipation builds, you’ve heard all the good reviews from your friends, and then when you see her, she looks like a close up shot from one of the Ren and Stimpy cartoons.

When I started this blog, I intended it to be solely an OKC Thunder blog. But as is the case with many of my ventures, my AOADD (adult onset attention deficit disorder) won’t allow me to concentrate on just one aspect of something. I have to try to encompass everything about that subject. Since the Thunder are a part of the NBA, and the NBA, as a whole, is the story of the moment, I’ve kind of shifted my writings from strictly Thunder subjects to more NBA (read:lockout) subjects. But I’ve decided, enough with all this lockout madness (for now). While there isn’t much to write about since there is a lockout, there is no better time than the present to start using the creative side of my brain. I mean, I am a lefty, so we are supposed to be more in tune with the creative, artistic part of our brain. Key word being “supposed to be”.

When there was an NBA season with some Thunder games, we constantly heard about the sacred 9-man rotation. That rotation sometimes got bumped up to a 10-man rotation when everyone was healthy, but usually stayed at the comfortable number of 9. Now, I bring this up, because my favorite rap group, the Wu-Tang Clan, consists of 9 core members (generals) but also, usually, includes an extra 1-2 associated rappers that round things out (you know, in case someone dies or gets arrested, which is the sports equivalent of someone being injured (arrested) or out for the season (dead)). I’ve always associated the Thunder’s 9-man rotation with the Wu’s 9 generals and thought it would be fun to do a comparative piece about the 2 groups.

Before I get started, let me introduce you to the Wu-Tang Clan if you are not a fan of rap or were born before 1975. The Wu is a 9-man rap group from Staten Island NY consisting of the RZA, the GZA/Genius, Method Man, Ghostface Killah, Raekwon, Ol’ Dirty Bastard, Inspectah Deck, U-God, and Masta Killa. In addition, Cappadonna and Streetlife usually appear on the group’s albums and are considered unofficial members of the group. The unique thing about this group is that even though each rapper has his own style, they usually mesh seamlessly on their group albums to produce good music.

The RZA is……….Russell Westbrook. The RZA is usually the main and only producer on the group albums. He’s the one that makes the beats and arranges the album. He would be akin to a table-setter where the rest of the rappers just put their platters (rhymes) on said table. He’s the creator, just like Russell is the creator on the floor. While not as wildly popular as other members of the group, the RZA is very well known and respected in the entainment industry. Which almost sounds a lot like Russell Westbrook. While not the most popular on the team nationally, he is well respected by most and shows the potential to be an alpha dog on most teams.

Method Man is………Kevin Durant. Method Man is, by far, the most popular member of the Wu. His witty, humerous lines and strong cadence make him an easy rapper to follow and like. He’s also the first of the group to try other ventures such as acting (How High, anyone?) and directing. His charismatic personality and sense of humor makes it very easy for him to gain mass appeal. This relates very well to Kevin Durant. Without a question, the most popular player on the Thunder, KD is the unquestioned offensive leader of this team. At the same time, his affable personality and yeoman-like work ethic make it very easy for people to relate to him and admire him. In terms of production, everyone wants to see KD perform, just like everybody at a Wu concert wants to see Meth perform.

GZA/Genius is ………. Nick Collison. The veteran of the group, he’s the one that is always consistent with his flow. He never gets too high or too low. You know with the Genius what you are going to get every time out. Same thing with Collison. The veteran leader of this young crew, he keeps an even keel and you usually know what he’s going to provide night in and night out. And just like Collison is our no-stats MVP, if you ask any Wu fan who there no-stats MVP is, they would say it’s the GZA.

Ghostface Killah is……… James Harden. A mystery when the group first came on the scene, Ghost has come along as probably the 2nd most productive emcee of the group. Constantly working, he has carved out his own niche and has a huge following in the rap industry. With his witty word-play and rapid fire delivery, Ghost has made himself into a heavy-weight in the rap game. As our first lottery pick, Harden’s arrival on our team provided a bit of mystery. Would he supplant Thabo Sefolosha as the starting SG? Or would he be our main offensive weapon off the bench? Honestly, those questions are still a mystery 3 years in. But, Harden has acclimated himself very well in the league and is well on his way to becoming one of the top SG’s in the game.

Raekwon is……….Serge Ibaka. Raekwon is a lunch pail rapper. He puts in his work and goes home. When it comes to a rap group of 9, not everybody can rap on every song. But the guy that puts in the most work and has appeared on the most songs is definitely Rae. His ability to tell stories in rhyme form are what set him apart. Serge is one of the harder workers on the team, especially on the defensive end of the floor. His ability to guard the paint have made him a menace to opposing teams. Plus, his journey to the NBA is a great story that should be told.

Inspectah Deck is……….. Eric Maynor. Deck is the ultimate glue guy on the Wu-Tang roster. His verses can sometimes blow you away, but they can also, at times, leave you underwhelmed. This describes Eric Maynor at this point in his career. There are times where Maynor’s play leaves you awestruck and salivating for more (Game 2 of the WCF’s), but then there are games where you wonder if Maynor will ever shed the “back-up” tag.

U-God is……….Thabo Sefolosha. Don’t get me wrong. I love me some Uey. He brings some rough and rugged raps that hype you up. But his cadence and word play sometimes leave you wanting more. Which brings up to Thabo Sefolosha. Sef is primarily a great defensive player, but leaves you wanting a lot on the offensive end. He sometimes has a gem of a game, but he usually stays in the background and doesn’t add much other than defense.

Masta Killa is……..Kendrick Perkins. Were you really expecting anyone else to be compared with a guy who goes by the name of Masta Killa? Mostly a witty battle rapper, MK is usually good to drop a verse that will get the crowd hyped, but loses himself when he tries to venture into autobiographical or story-telling lyrics. If you want someone on the team to go to battle with, who else would you choose other than Perk? He’s our intimidator and presence on the interior. When he tries to do anything else other than be an intimidator, he usually ends up getting himself and the team in trouble.

Ol’ Dirty Bastard is ………..Nate Robinson and Reggie Jackson. The only guy in the group crazy enough to have two players compared to him. Before his death, ODB was the resident idiot savant of the group. Someone who rapped in outlandish ways, but somehow, it made sense in an ODB kind of way. In a room full of hyped rappers, he’s the one that brought the energy. To that respect, he’s very much like Nate Robinson. Watching Nate cheer the team on from the bench is a joy to watch as a spectator. The energy derived from him has to account for at least an extra 0.2 points per game. But ODB was also a mystery. As much information as he put out to his public, there was always an air of mystery surrounding Dirt McGirt. Which brings us to our 2011 draft pick, Reggie Jackson. What can this guy bring to the table for us? Based on his tools and style of play, he seems like a poor man’s Russell Westbrook. But will he play that way once the season starts?

Cappadonna is ………..Daequan Cook. Cappadonna is the Wu-Tang Clan’s unofficial 10th member. He usually on every album, but also fills in to form the core 9 whenever one of the members is missing (see: ODB’s incarceration and ODB’s death). Like Cappa, Daequan is our official 9th or 10th member off the bench. He does his job, and tries his hardest not to get in the way.

Streetlife is ………Nazr Mohammed. Streetlife is a protégés of Method Man who has found a niche as the Wu’s unofficial 11th member. He’s appeared on most Wu-related albums and comes up with very energetic verses. While not very energetic, Nazr does provide some scoring up in the post off the bench that sometimes comes in very handy.

The Wu-Tang Clan have been going strong in the rap business for almost 20 years now. They’ve had their ups and downs. They’ve faced triumphs and tragedies. But through it all, they’ve remained together. I know that sports teams will never remain together for that long, but if there is a suitable sports equivalent (> 7 years?), I would hope that the Thunder can achieve that and be successful in the process.

2 thoughts on “Wu-Tang vs. OKC Thunder”