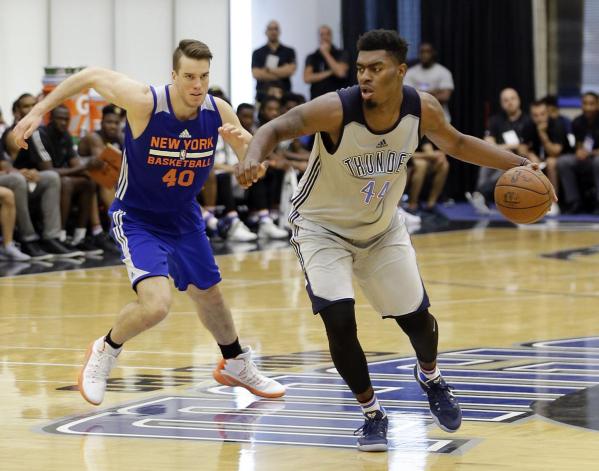 It’s that time of year again. A time to dream. A time to hope. A time to….oh, what’s that? The Golden State Warriors acquired DeMarcus Cousins for just $5 million dollars. Oh, well. It’s still a time to play. And for many of us who haven’t seen our teams lace them up in over a couple months, it’s a brief respite into competitive basketball and a slight glimpse into the future. Some of the players that will step foot on the Thomas & Mack Center (or Cox Pavilion) will be the superstars of tomorrow. But for many of the players that will play in the Las Vegas Summer League, the court in the Mojave Desert will be the closest they ever get to donning an NBA jersey.

For the Oklahoma City Thunder, the team will be looking for their youngsters to show improvement from where they were just 2 months ago. Even though the Thunder were one of the most veteran-laden teams in the league last season, they still counted on a couple rookies to provide valuable minutes throughout the season. Terrance Ferguson and Dakari Johnson showed that they belonged in the league last year. Now, the team will be looking for them to be consistent contributors on the roster. END_OF_DOCUMENT_TOKEN_TO_BE_REPLACED