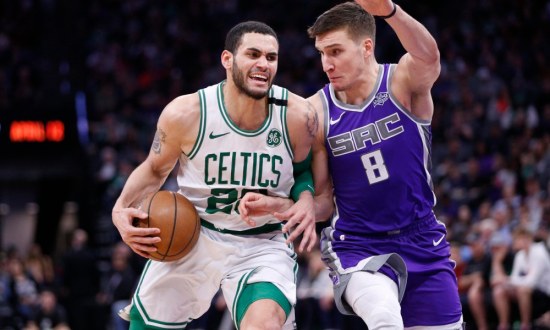 In a league where it seems like only big money contracts get traded, the Thunder have made two trades in the span of a week involving three players making exactly the same amount as second-year players on rookie minimum deals. Last Friday, the Thunder traded center Dakari Johnson and cash considerations to the Orlando Magic for Rodney Purvis.

Many viewed this trade as a cost-cutting move, as Johnson’s deal was fully guaranteed and Purvis’ deal was non-guaranteed through January 10th. The cash the Thunder sent to Orlando was likely to cover the cost of Johnson’s contract (around $1.5 million).

But on Monday, the Thunder sent Rodney Purvis to the Boston Celtics for Abdel Nader. The Celtics had planned to waive Nader, but the Thunder saw an opportunity to get a player they thought could add more depth to their team and made the move.

The Thunder now have until August 1st to make a decision on Nader. If he is waived before that date, the Thunder will have to pay him $450,000. If he is still on the roster after that day, his salary for the 2018-19 season is fully guaranteed. In the trade, the Celtics also sent the Thunder cash considerations.