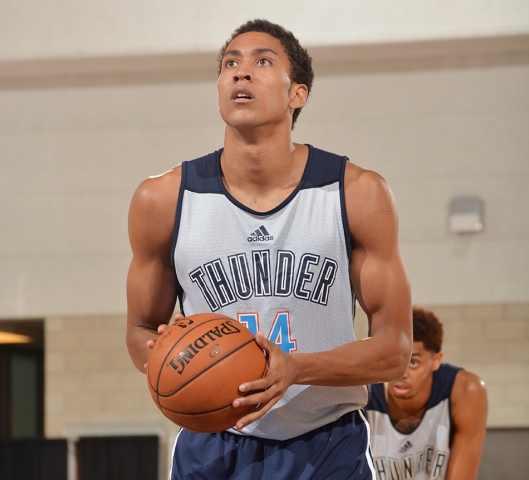 On July 19th, Darnell Mayberry of The Oklahoman wrote a story suggesting the Oklahoma City Thunder were thinking about making rookie Josh Huestis to first domestic draft and stash player. Basically, Huestis would delay signing his guaranteed contract for one season while he plays in the D-League with the Oklahoma City (formerly Tulsa) 66ers. He would receive a D-League salary (currently about $25,000), and would train exclusively with the 66ers for the 2014-15 season.

Overseas draft and stash players are common practice in the NBA. Teams draft foreign players and allow them to continue to develop overseas. The player, while attached to their overseas team, does not count towards his NBA team’s salary cap or roster spot allotment. It’s a win/win for both sides involved with little to no risk. The player develops overseas on the foreign team’s dime at no cost to the NBA team, while also being a tradeable asset. Then, when the player is ready to come over, he informs the NBA team, and if he was picked in the first round, his salary scale starts from where he was drafted. Business as usual.

For some reason, though, the news of a domestic draft and stash caused a bit of an uproar around NBA media circles. The uproar was caused by not knowing whether the deal was predetermined or whether they negotiated this deal with Huestis after he was drafted. Kind of like, “Hey, we (the Thunder) did you a huge favor by drafting you in the first round, so this is what we need you to do for us.” That last statement almost sounds like the textbook definition of quid pro quo that is used in workplace sexual harassment videos. People in the national media were throwing around words like slimy and unethical, without even knowing what the parameters of the agreement between the Thunder and Huestis were. 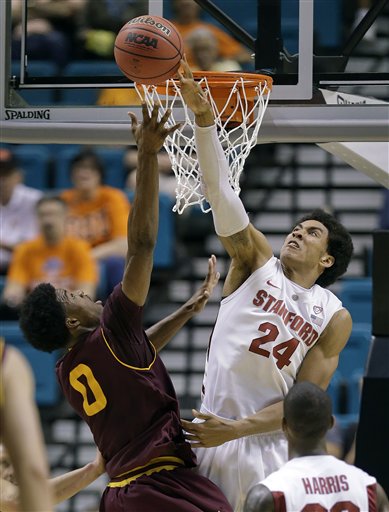 In reality, the Thunder, Huestis, and Huestis’ agent Mitchell Butler, all agreed to this before draft night. What irks me the most is the media painting Huestis as this star-struck neophyte who was ripe for the picking by the big, bad Thunder organization. In fact, it was the complete opposite. This was a power move by an extremely intelligent young man. He turned what was going to be an unpredictable voyage as a 2nd rounder or undrafted free agent into a predictable journey to the NBA with guaranteed money waiting for him. In essence, he chose to be an intern with the organization that promised to pay him later, than to Frank Sinatra his way into the unknown (overseas, D-League, rejected training camp invite) by doing it his way.

If anything, Huestis should be applauded for his pragmatism. The stories are too numerous of players who give up their college eligibility based on pre-draft hype, which ends with them dropping into the 2nd round or worse. But this young man knew the reality of his situation, and snatched up a grand opportunity when it presented itself. Huestis was also pragmatic enough to understand that an extra year of tutelage may not be a bad thing for his NBA future. Huestis already has an NBA body and an NBA skill (defense). But complete players have lasting power in the NBA. So if Huestis is able to build his game in the D-League and, hopefully, become a future contributor on a championship contending team, then his stock rises that much more.

Huestis has taken a career that was destined for stops in Fort Wayne and the Philippines, and transformed it into one where he actually sees the NBA light at the end of the tunnel. He’s upped his earning potential immensely and now sits on the precipice of setting himself up for life. Huestis graduated from Stanford this May, and did what some of his fellow graduates did…got an internship. The difference is that his internship ends with him guaranteed to garner between $1.5 and $5 million dollars in the next 3-5 years. That, my friends, is a hell of a 5 year plan.