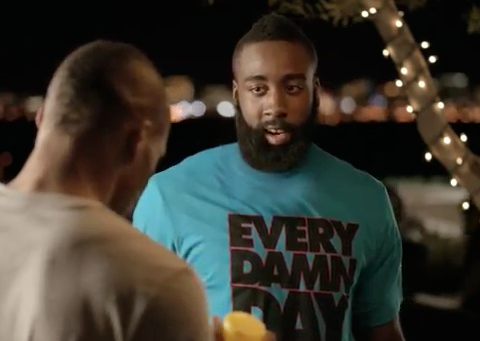 I have a friend that currently finds himself at a crossroads in life. Now, before I continue, let me give a little background of my friend. He moved into town about 5 years ago right out of law school. He was from a bigger city, but decided to start a law office in a smaller town to avoid the oversaturation of law offices in the bigger cities. He started the law firm with one of his old law school classmates, who was already in the area working as a public defender. After struggling for a couple years, they finally started building a good clientele portfolio from in and around town. Besides his job, my friend also began laying down roots in the community, marrying a local girl and becoming a recognized lawyer in the area. With that recognition, comes opportunities, of which, some were not local.

Now, I’ll keep my friend nameless, because I am privy to his finances. Due to them having their own business, much of their profits go to operational costs. My friend currently pays himself a salary of $65,000; enough to get by pretty well in the small town. As his clientele portfolio has expanded, he has increased his salary by $2000 every year since he began. He recently got a job offer from a law firm in a bigger city that would start him off at $100,000 with the opportunity to be a partner within a year of accepting the job.

My friend’s partner has started his own attack to keep my friend by his side. He has started pulling on my friend’s heartstrings, telling him that they can be the best law office in the area if they continue what they started; telling him that he is like the brother he never had; and even said he would increase his salary to $78,000 to prevent him from leaving. So this is where my friend finds himself: an opportunity to go to a major law firm and be a major player in the future or stay behind based on loyalty to continue building something that he started.

What would you do?

Before you answer, realize that there is no wrong answer. When it comes to financial decisions, you always decide with one of the two things: your heart or your wallet. Sometimes those two things are homogenous, making decisions extremely easy. But sometimes, those two things are at war, making the decision that much tougher. But in the end, you make your decision and live with it. Like I told my friend, people will always judge, but the only judges that matter are the ones at home and, more importantly,  the one in the mirror.

Would you fault this person for whatever decision they make?

I would hope that most people wouldn’t. When we are talking about money in the $50,000 – $100,000 range, we see a lot of ourselves in those dollar amounts, and know how we would side. In my friend’s case, he was debating between $100K and $78K. In this economy, many people would take the money and hope that the extra 22% would cushion the homesick feeling that sometimes accompanies a job-related move. And yet, when those figures move from $100,000 to $63 million, sports fans feel completely sickened by the fact that an athlete would choose the money over the team.

James Harden, of the Oklahoma City Thunder, currently finds himself in a boat similar to the one my friend is in. In a year, he could take the money and sign a max 4 year/$63 million contract with another team. Or, he could take less money (possibly as low as the $49 million Serge Ibaka extended for) to stay with the tightly-knit, championship-contending team he has help build from the foundation up. We, sports fans, are sometimes so myopic in our thinking, that we don’t realize the difference in money between my friend’s two offers and James Harden’s two possible offers are the same in terms of percentage (22%).

Would you ever leave 22% of your possible future income on the table?

Think about that. How ecstatic would you be if your job offered you a 22% raise tomorrow? I don’t know if there is a sound proof room insulated enough to not hear my screams of joy if that happened. And yet, sports fans like to believe they are above reproach and would always choose loyalty over money. And let’s not argue over the semantics of thousands versus millions. Most people in our salary range would like to think they can live just fine off of one million dollars per year. But if you had the opportunity to choose between $63 million and $49 million, would you really leave $14 million on the table? Forty nine million dollars can help you and children. Fourteen more can help your grandchildren. Money is money. The more you have, the better off you usually are.

I know James Harden’s heart is currently at war with his wallet. He has stated that he loves the city, loves the team, and hopes to continue building a possible dynasty with his brothers. He even intimated that he is willing to take less money, but, recently has backed off of that statement. When you don’t know what you are worth, you make statements like that. But when you realize what your market value is, your wallet (agent) starts to do the talking. I won’t fault Harden if he runs and takes the money. In an occupation where you are an injury away from not earning another paycheck, you take what you can, when you can. If the stories of my friend and James Harden are parallel, then we Thunder fans better enjoy the Bearded One as much as we can this season.

3 thoughts on “The Harden Conundrum”