One of my favorite things about the offseason is Summer League. Everything is so optimistic during this time of year. That late 2nd rounder you got from another team for cash considerations? Of course he’s going to become a 3-time All Star for you. The combo guard you took with the 27th pick? You’d be crazy not to think he’s isn’t going to average 20 ppg this upcoming season. The 2nd year player who sat at the end of the bench all of his rookie season, and was the team’s honorary “human victory cigar”? Yep, he’s going to make the leap. Everything about Summer League is based on potential and hope.

In reality though, 80% of the players in Summer League will never get a whiff of the NBA. If you follow your team as voraciously as I do, you’ll learn the players’ names and then forget them just as quickly when Summer League ends. The only ones that stick in my mind are the ones that actually make the team, and the ones that end up with the Thunder’s D-League team, the Tulsa 66ers. And it truly is a shame, because for 99% of us fans, these players are just advancing to a point in their basketball careers that we could only dream of advancing to. There really are some good basketball players in Summer League, but like any other situation in life, if they are not cultivated in the right system, they go to waste.

That’s why I love cheering for the Thunder during Summer League. This is a team that takes pride in cultivating players and rewarding them for their hard work and dedication. In 2011, Robert Vaden, our 2009 2nd round pick, was signed to play the final week of the season and was added to the playoff roster for the Thunder. Did he ever play an actual game for the Thunder? No, but he got to practice with the team, sit on the bench in a suit,  and cash a couple paychecks signed by Clayton Bennett and David Stern. Last season, our 2nd round pick from 2010, a little known forward from Florida State named Ryan Reid was signed at the beginning of the season. He actually played in a couple games and averaged 1.6 points.

This year’s squad features a guy the team is grooming to become the back-up center (Cole Aldrich), a guy they are grooming to possibly become the back-up point guard one day (Reggie Jackson), a guy who could be an asset if injuries ravage the team (Lazar Hayward), and a rookie they are grooming to possibly become a rotational big someday (Perry Jones III). These players are locks to be on the opening day roster, barring any trades. They are in town to either sharpen their skills or test new skills.

The other guys, the ones I like to call the Fringers, are usually just on the outside looking in. Back on the Thunder squad is Ryan Reid, trying to make it back to the NBA after being cut in the middle of last season to make room for seasoned veteran Derek Fisher. Another guy battling for a roster spot is Latavious Williams. This athletic forward made a bit of history in 2009, becoming the first high schooler to be drafted straight out of high school into the NBA Developmental League. The next season, when he became eligible to be drafted into the NBA, he was selected by the Miami Heat in the 2nd round, and was immediately traded to the Thunder. After playing one more season in the D-League, Williams signed to play for FIATC Joventud in Spain last season, winning Most Spectacular Player of the ACB League. Another player trying to get back into the league is Morris Almond, who is something of an NBDL superstar, but has never quite put it all together in the NBA. Basically, 3 guys possibly battling for one roster spot. 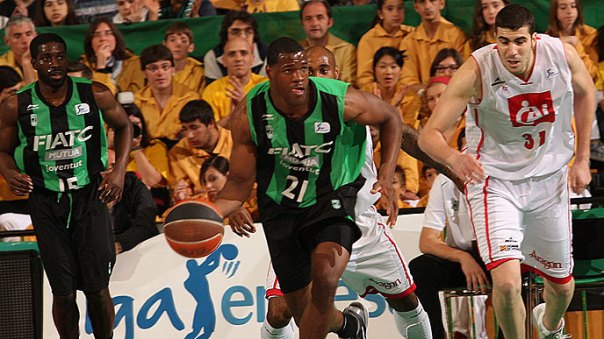 Then, there are the Dreamers. The guys we should all be cheering for, because they remind us of our short lived hoop dreams. Kent Bazemore, Dwight Buycks, Marquez Haynes, John Holland, James Mays, Gary McGhee, and Garrett Temple. Remember those names, because you probably won’t hear of them ever again. Is there a chance some of them will make it as end of the bench guys in the league? Sure. And they’ll probably have a great story to tell about their journey to the NBA. But for the most parts, these guys will fade into overseas and D-League rosters.

Such is the life of most professional basketball players. Always remember, that professional doesn’t just mean NBA. The players that play in the Philippines for pay are also considered professionals. As are the ones that play in Iran. And the ones in Mexico. The road in the journey to do something you love isn’t always paved in gold and silver. And it very rarely is a straight line. So I commend and salute the Fringers and the Dreamers for doing what they love, even if the road is full of potholes and roadblocks. So keep on hooping, gentlemen, because if many of us were given that opportunity, we’d be doing the same thing.