I’m a child of the late 80’s / early 90’s. It was during that time that I was in elementary school learning, as most of the world was, about computers. And, of course, the best way to learn is to interactively play games that also teach you about the subject matter. My favorite games to play on those old floppy-disc induced Apple computers was Oregon Trail. If you, either, don’t remember, or were too young to know what a floppy disc was, it was a story-based game of a journey through the Oregon Trail. You are the wagon leader of a party of settlers going from Independence, Missouri to Oregon’s Willamette Valley over the Oregon Trail in an oxen-drawn wagon. Along the trail, you have to make decisions concerning food and directions to survive the trail. You and your fellow settlers can die from a range of maladies from drowning to snake bites to dysentery. Needless to say, it is a game about the difficulties of being on the road. 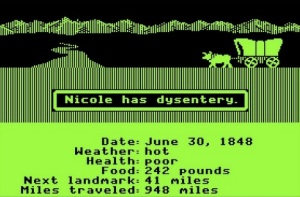 Many teams in this young strike shortened season are probably looking at their road records and wondering whether the entire team is suffering from a bout of cholera. Of the 30 teams in the NBA, only 6 have a winning record on the road. While most teams struggle on the road in any given season, shortened or not, the upper echelon teams usually buck that trend and win wherever they play. Such has not been the case this season.

Winning on the road usually involves a balanced combination of veteran leadership, youthful legs, good defense, and good bench play. It should come as no surprise that the 6 teams with winning road records have some semblance of each of those 4 characteristics needed to be a good road team.Oklahoma City (5-1), Chicago (7-2),  Miami(5-2), Orlando(4-2), and Indianapolis and Atlanta(both at 4-3) are all defensive minded teams with a nice mix of vets and youth, and good to great benches. 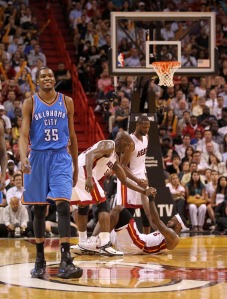 While it is still early in the season, trends like these don’t tend to change too much throughout the course of the season. We are already at least 1/6th of the way through the season (unless you are the Los Angeles Clippers). At this point, most teams are Denny Green (“They are who we thought they were!”). In the playoffs, you have to know how to win on the road. So take a good look at the 6 teams with winning road records. More than likely 2 of those teams will end up playing in the Finals.